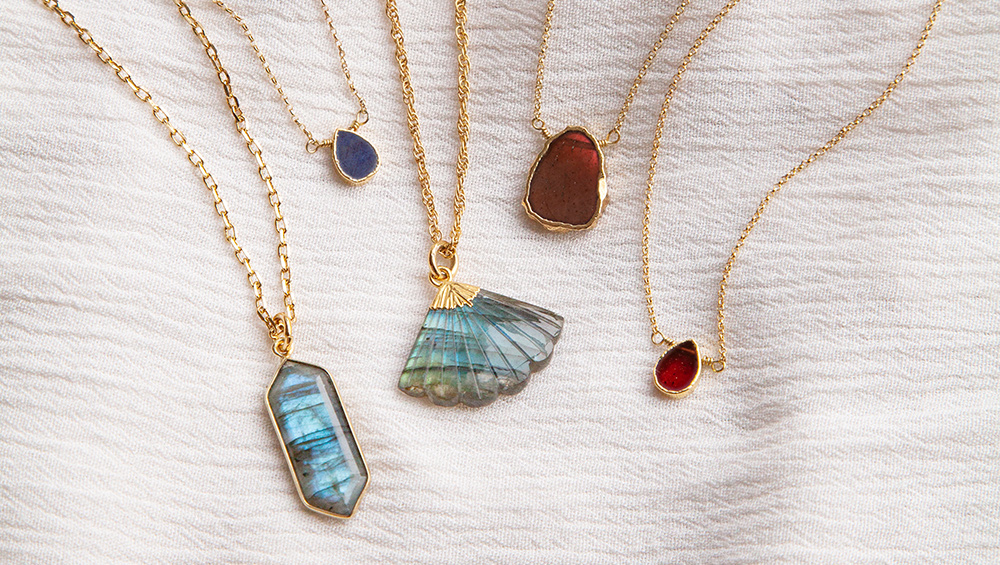 Garnets are their own variety of stone. While red Garnets are the most popular, these gemstones come in all hues including purples, blues, oranges, greens and can even have a color changing phenomenon. All Garnets have the same crystal structure, varying in chemical composition. Of the twenty Garnet species, only five are used as commercial gemstones. Garnet is a stone of regeneration, said to boost energy and revitalize the wearer. It is believed to be a protective stone, especially from evil, travel and nightmares.

Labradorescence, also known as the schiller effect (from the German noun to sparkle or twinkle), is the phenomenon that creates the spectacular displays of color. Labradorescence is not a reflection on the surface of the stone, but a reflection of light hitting crystals with twinning surfaces inside the stones. Twinning surfaces within stones are errors in crystal growth. Light reflecting off of the different twinning surfaces give us the magical, dynamic rainbow color waves we love so much. Labradorite is said to be a stone of transformation and magic. It is said to clear, balance and protect the aura, as well as being an excellent stone for general protection.