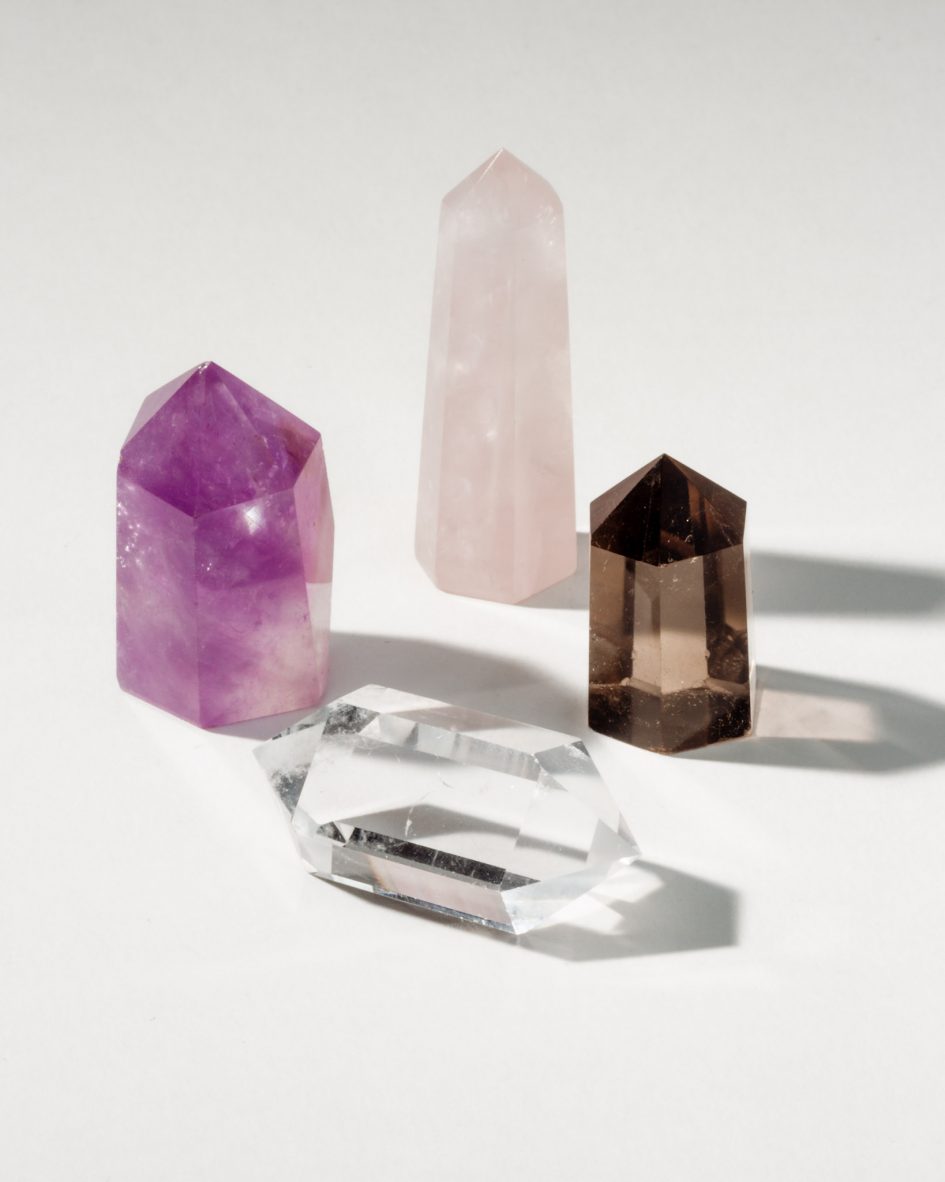 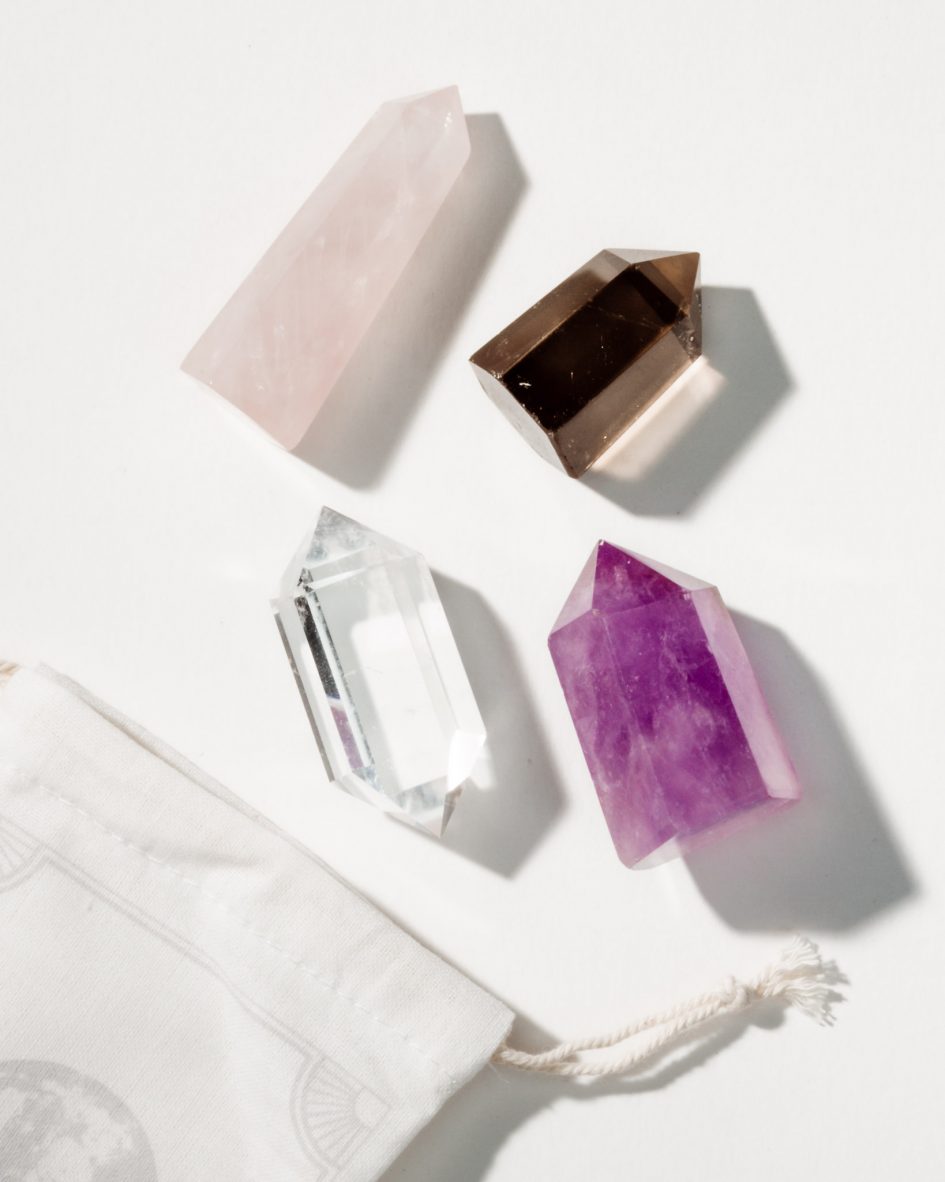 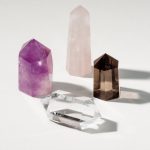 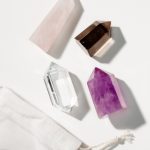 The second most abundant mineral on Earth, quartz is a hard, crystalline mineral composed of silicon and oxygen atoms. Quartz comes in a variety of colors which are caused by the presence of impurities at a molecular level.

Rock Crystal Quartz, a clear quartz, is so magical. Inside our double-pointed gems, you can see many different inclusions. Minerals, gas bubbles, water bubbles and even tiny fissures refract the light inside the gemstone sometimes creating a rainbow illusion.

Amethyst gets its purple coloring from iron in the area where the quartz formed. In the Middle Ages, it was considered a symbol of royalty, adorning English crowns and scepters.

Rose Quartz, a perennial best-seller, gets its soft pink color from trace amounts of titanium, iron, or manganese. Prized by several ancient civilizations, the Egyptians believed rose quartz counteracted the effects of aging.

Smoky Quartz – one of our favorites – gets its earthy color from natural radiation in surrounding rocks activating aluminum impurities in the quartz. (Don’t worry though, it’s safe!)

Each hand cut stone is truly one of a kind. We carefully selected the very best specimens for this collection. 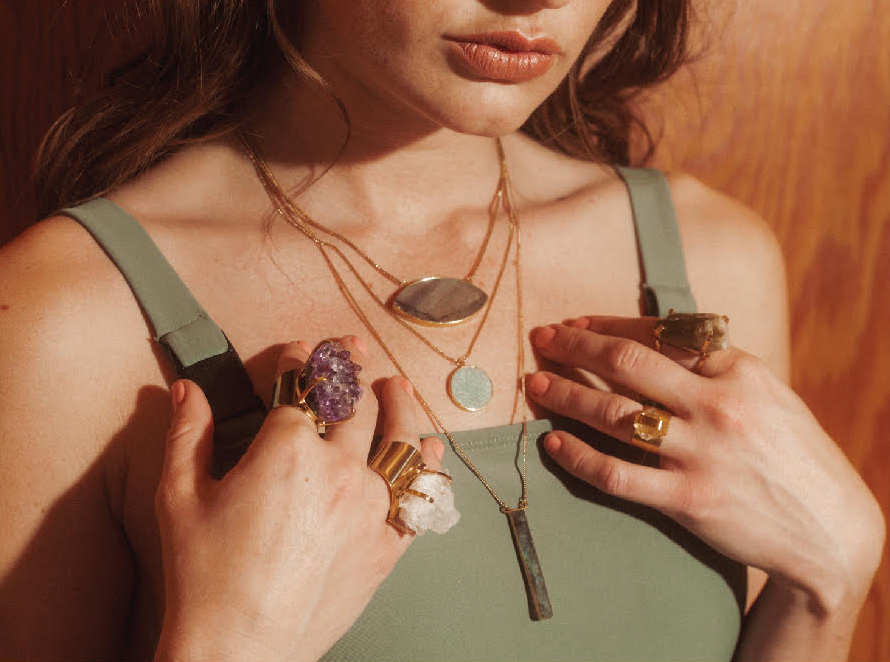