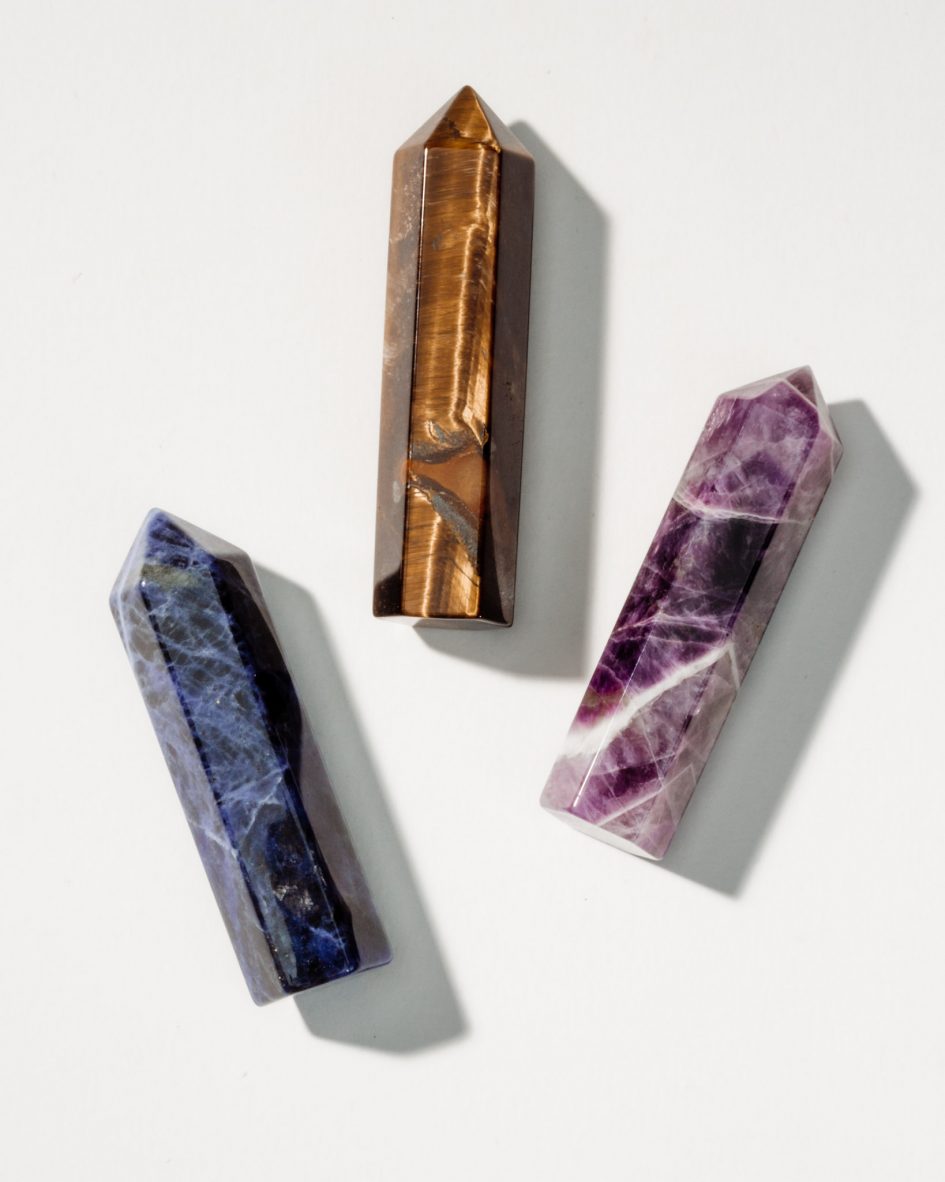 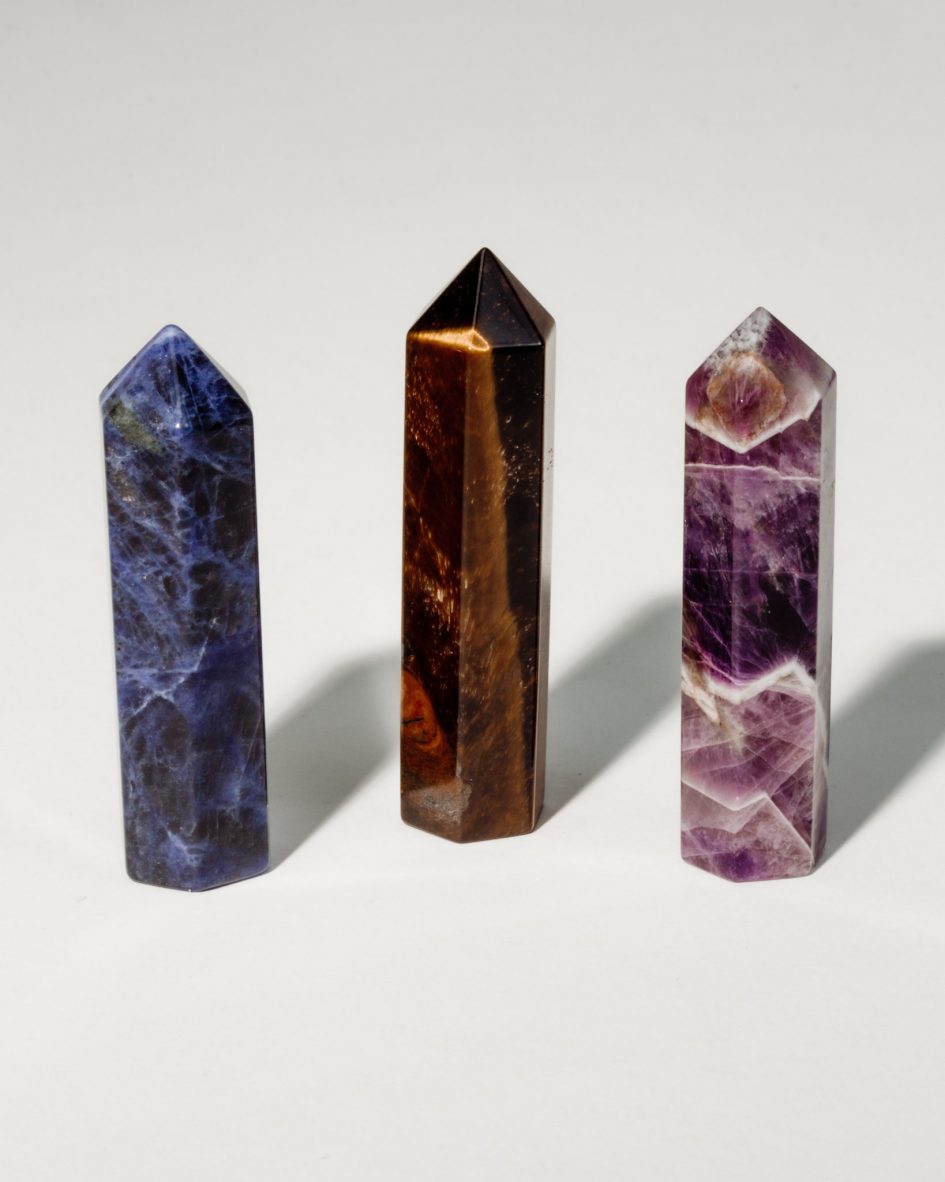 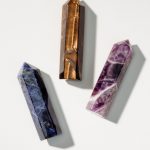 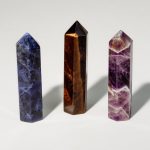 This trio of opaque obelisks makes a bold statement on a dresser, shelf, desk or windowsill.

Tiger’s Eye is a unique quartz because it is a pseudomorph of quartz. A pseudomorph is a mineral that transforms into another mineral. In this case, it began as crocidolite, but was later transformed into quartz. Eventually, the quartz completely replaces crocidolite while still retaining its thin, fibrous lines. The result is chatoyancy, or a “cat’s eye” effect of silky, lustrous lines that shift and change with the light.

Amethyst gets its purple coloring from iron in the area where the quartz formed. The chevron amethyst in this collection is a striking combination of amethyst and quartz that grew together to create a dramatic chevron, or striped pattern.

Sodalite’s blue hues are extremely rare in nature. Truly blue flowers are scarce, as are blue stones. When was the last time you found a blue stone on a walk? Named for its abundant sodium content, the alternately soft and saturated blues of sodalite contrast beautifully against the white calcite veins that commonly run through it.

Each obelisk is truly one of a kind. We carefully selected the very best specimens for this collection.

(Stones are hand cut and will vary in size slightly.)
Imported.

Only 3 left in stock 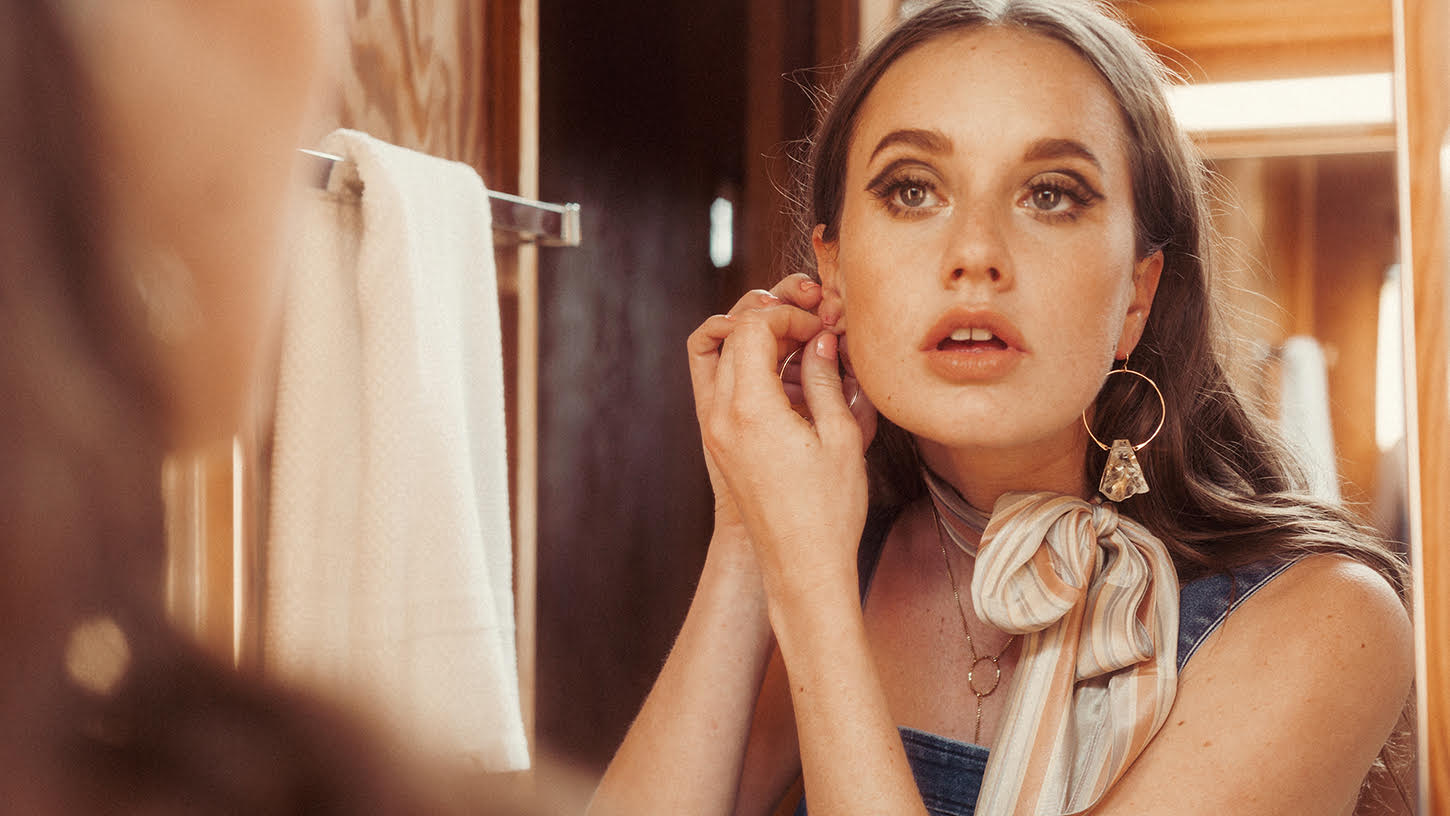